Introduction to Holistic Management(R): Part One – Clarifying the Whole

note: the first version of this series of three articles was originally published here in March 2014. The articles have been widely read, applied and appreciated, and four years later (in February 2018) I (Dan) decided to give them an edit and update.

Holistic Management, which is short for Holistic Management Decision Making, is a framework for empowering decision making that is socially, environmentally, and economically sound in the short, medium and long term. Now that’s a bit of mouthful, I know. It is also a pretty big call, when you think about it. Humans are notorious for making decisions based on a short-term social, environmental, or economic outcome that has unintended short, medium, and long term consequences in the other two areas.

Using the example of a business I co-direct (Very Edible Gardens or VEG), in the following clip my co-director Adam and I talk about how we were fast falling into this trap, and then give a taste for how Holistic Management Decision Making helped us turn things around:

If we were all making socially, environmentally and economically good decisions that were sound in the short, medium and long term, (even if say 25% of the time!) the world would be going in a radically different and more beautiful direction than it is right now.  Imagine a world filled with groups or organisations that simultaneously strengthened individual and social health and happiness, ecosystem health and diversity, and the local economy, both now and long into the future. This is a world most of us want to live in, and it is precisely what Holistic Management(R) is about empowering. It is nothing if not ambitious, though as we will see, it is also nothing if not practical and not that hard if you can give it just a little time and discipline.

Holistic management was founded and formulated by Allan Savory, and it all started with his quest to figure out what was behind the world’s rapid and ongoing transformation into desert. After a long and unexpected journey he realised that the only common factor that underlies desertification the world over is human decision making. He then developed holistic management as a framework for empowering land managers to make land management decisions that halt and indeed reverse desertification. 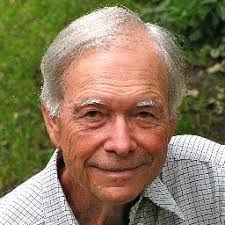 This is an important point, for the emphasis of materials on Holistic Management, whether print, audio, video or otherwise, has almost exclusively been on Holistic Management in a land-management, farming, or ranching context, and in particular on understanding how the nature of the relationship between grazing animals and grasslands can send the land backwards or forwards. For Allan, this focus has been essential in that until we reverse the global haemorrhaging that is desertification, we are on track to not be around to think about doing anything else.

However, in his seminal Holistic Management: A New Framework for Decision Making (Second Edition), Allan introduces “the way forward that I found and subsequently developed with the help of many others” as “a new decision-making process that gives us the ability to design and to plan the future we want while ensuring that the environment can sustain it.” He then explains that this “decision-making process can serve to manage a farm, a national park, or a city’s water supply, or one’s personal life, a household, a corporation, or organisation of any kind. It also can be used to diagnose the underlying cause of many problems, to assess a variety of policies, and to make research more relevant to management needs” (p. 4-5).

Thus at its core Holistic Management is a design making process applicable to any thing that is being managed by at least one human being making decisions. In the rest of this article, I’ll be focusing on Holistic Management at this general level, where farming is but one of any number of possible applications.

I would now like to launch right into the process of getting started with holistic management decision making. Let us start with this beautiful short clip in which Allan Savory, using a farming example, gives a wonderful summary and feel for the general process:

Okay, with these lovely flavours in mind, check out the latest version of this diagram I put together to explain the broad strokes. We’ll then go through each step using VEG as our example.

Step One – Curling up Inside a nice Whole

As the diagram shows, step one is Clarify Whole, as in clarify THE whole you are interested in managing. Let’s get this little bit of jargon out of the way. Holistic Management implies a thing that is holistically managed. That thing is a whole, where a whole is any entity managed by at least one person. Thus it might be an individual life, a couple, a family, a project, a company, a festival, an organisation, or whatever. Obviously we are all involved in lots of wholes.

Step One in the process is getting some clarity going on as to what the relevant whole under management actually is. Distinguishing it from the rest of the universe, if you like. This step is often straightforward and involves making a note of the following three aspects of any whole under management.

In the case of VEG, the owners and directors (currently Adam Grubb and myself), are the core decision makers, yet we include the other six VEG team members as decision makers in that they do have significant input into many decisions we make, and of course we all directly deal with the outcomes of decisions and contribute to their success or failure.

Some people don’t like the word resource, but I’m okay with it in this context, where it simply means anything you have access to that does or could help you in achieving whatever you set out to achieve. In VEG’s case we listed all the people such as past customers, friends and so on, that we know are a support to VEG. Next we listed resources like relevant qualifications and skill sets. We listed all physical resources, such as vehicles, warehouse space, land, tools, machines we know we could borrow, anything we could potentially draw on or leverage toward getting things done. Finally we listed what sources of money you have – be it cash on hand or in the bank, access to credit, and so on. It is not to imply you will ever necessarily use these lines of credit, but simply to acknowledge that they are there as possibilities.

This step has always been empowering for me, my fellow decision makers, and those decision makers I’ve supported in defining their own whole under management. We so often never take the time to audit or appreciate just how many resources we have available to us.

Okay, there you have it – you’ve clarified your whole (at least the one you are choosing to focus on for now) and you’re ready for the next step. Do appreciate, however, how critical this first step is. You will struggle to manage anything you haven’t defined.

Anyways, to check out the next step please visit: Part Two: Articulating a Context